What is A/B testing?

A/B testing or split testing is as it sounds an experiment where you test two different versions of a Landing Page simultaneously. It’s basically nothing more than the application of a scientific method to your online marketing efforts.

A/B testing is the disciplined application of regular testing to ensure you’ll have the best version of your Landing Page optimized for conversions. So, as you’ve read, A/B testing or split-testing allows you to optimize your website or landing page for conversions, or in other words, the process of transforming a visitor into a customer.

Why should I run A/B tests on my landing pages?

A/B testing offers online marketers a host of potential benefits including a lower bounce rate, higher conversion rates, and most importantly, more sales. When you conduct A/B testing, your customers and page visitors are giving you a valuable gift; they are telling you what they like and also don’t like about your online marketing efforts.

The beauty of online marketing is that you can measure and improve every aspect of your strategy. It doesn’t matter if your results are “in the tank” or your campaigns are soaring sky high. You can improve them if you conduct A/B tests consistently and if you implement new changes accordingly.

How to do A/B testing

Run one test at a time –

Testing more than one thing at a time muddles up the results. If you A/B test an email campaign that directs to a landing page at the same time that you’re A/B testing that landing page, your results can get muddled pretty easily. How would you know which change caused the increase in leads?

Test one variable at a time –

Same principle as above. In order to evaluate how effective an element on your page is, you need to isolate that variable in your A/B test. Test one element at a time.

You can A/B test the entire element –

While you certainly can (and should) test a different button color or a background shade, you should also consider making your entire landing page, call-to-action or email a variable. Instead of testing single design elements, such as headlines and images, design two completely different pages and test them against each other. Now you’re working on a higher level. This type of testing yields the biggest improvements, so consider starting with it before you continue your optimization with smaller tweaks.

Although it’s common to think that big, sweeping changes can increase your lead generation numbers, the small details are often just as important. While creating your tests, remember that even a simple change like switching the image on your landing page or the color of a CTA can drive big improvements. In fact, these sorts of changes are usually much easier to measure than the bigger ones.

Measure as far down the funnel as possible –

Sure, your A/B test might have a positive impact on your landing page conversion rate, but how about your sales numbers? A/B testing can have a significant effect on your bottom line. You may even see that a landing page that converted fewer prospects produced more sales. As you create your A/B test, consider how it affects metrics such as clickthrough rates, leads, traffic-to-lead conversion rates, and demo requests. 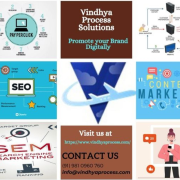 Things To Consider While Purchasing Tires

how to become a UI designer ?